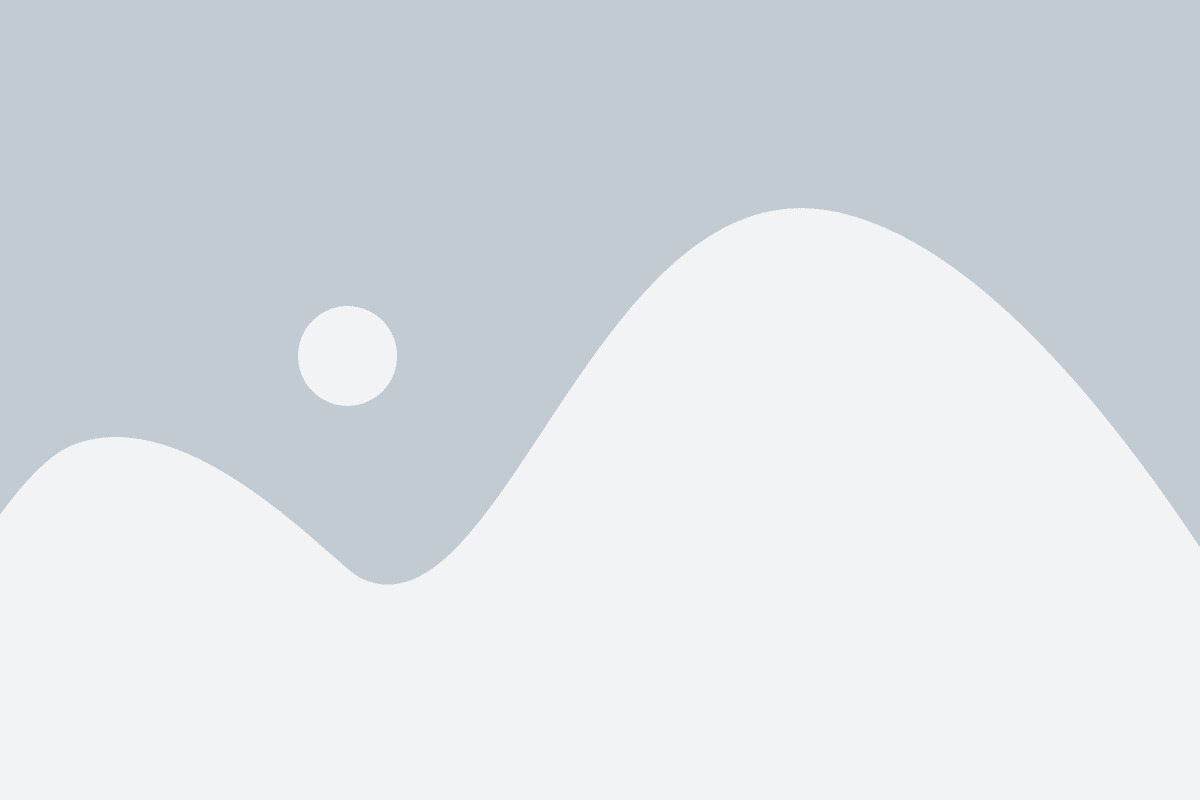 In this article, I’ll share some great lessons for…

I just Google’d “restaurant reality shows” and came up with a whole list of shows, only two or so of which I’m familiar.  I certainly will never be hosting any of those (no qualifications to do so) but when it comes to a restaurant delivering stellar vs. lackluster service, indeed I can tell (I mean, really… who can’t?).

Today, I’m sharing with you my and my wife’s positive experience with William, a dedicated and valued server at a local Longhorn Steakhouse.  I’m not your trainer…

There are lots of ways to apologize—tons of wrong ways… but just a few right ways.

Botch your apologies and you can kiss a client goodbye, or even worse, bet on them ranting somewhere (on or off line), bringing your business’s reputation down like a middle school boy’s ego who just got rejected for the Spring Dance.

However, get your frameworks in place to stop over-thinking it and model what’s spelled out for you here, and you’ll create raving fans (hint: this post + short video isn’t about my own method; It’s Williams’s… rip it off if you want to send people away singing your praises, even after a the most royal of screw-ups).

Let’s jump in. Here’s what happened.

Turn your mistakes into opportunities to build fans.

We arrived at the restaurant. While waiting for a table to clear, we used our time wisely and made our entrée decisions while keeping possession of that remote light-up vibrating thing that restaurants lend you.

Our do-dad vibrated and lit up.

We were seated, then greeted… and not only did our waiter introduce himself and take our drink orders, but he also accommodated us even more by taking our entrée orders, since we had our choices prepared ahead of time.

I’ve been in other restaurants where the server actually would not take anything more than the drink requests first—even if the party was ready and willing. I’m not sure if this is some kind of universal system shared across the majority of restaurants.  Maybe it is.  And if it is, this very action of “bundling” our order (drinks + entrées) right off the bat may have rocked the boat. Who knows?

The fact that it was Mother’s Day eve didn’t stop us both from bringing something to occupy us during our wait.  My wife, who runs her own business, chiseled through some very important-yet-confusing documents that had a fast-approaching deadline.

And I didn’t mind; I brought a book I was reading (Gary Keller’s “The ONE Thing” in case you were wondering. Highly recommended).

William returned to our table with our drinks and of course, we just got to work, taking advantage of the wait-time to be productive and get some things completed while the main course was being prepared.

Finally, William returned to our table and puts himself at eye-level with us. You could tell, he had some type of intense news to deliver.

He broke it to us. He explained that we were waiting because he didn’t give the kitchen our order.

“This is my fault. When I gave them your drink orders, I didn’t do what I should have: I didn’t give them the orders for your food.”

I’m not sure if he was nervous to release that to us, but I was impressed with his honesty. I can’t remember the last time someone said, “This is my fault.”

If you’re just as impressed as I am, it gets better.

Not only did he admit his mistake to us; but he also admitted his folly to his manager!

And that’s still not all.

In order to show us his genuine remorse for his negligence, he disclosed to us that he would make sure our order would be discounted (and it was… heftily discounted).

So here was William—knocking it out of the park.  I’m not sure how anyone else would react… but I was blown away—in a good way. Here’s why (and the lessons we can all take from this):

There’s no groundbreaking surprise here really. But it’s worth mentioning because…

“the apology” should make its way right to the government’s endangered species list.

A sincere one is rarely experienced today, yet when someone owns up to their negligence, it exudes character and integrity—which garners trust.

Gary Keller writes in his book, The ONE Thing,

“Taking complete ownership of your outcomes by holding no one but yourself responsible for them is the most powerful thing you can do to drive your own success.”

And before jumping to lesson two, remember: If you’re on the receiving end of a sincere apology, let me simply remind you here to have grace—because we’re all guilty of falling short of another’s expectations at some point or another (for me, likely more than the average).

It’s unreasonable to subscribe to the flawed mindset that you and your systems are ever above 100% folly-proofness. Mistakes and accidents will happen, especially within any service industry where multiple people (no matter how talented) are taking on multiple responsibilities. Understand it takes a lot to ‘fess up… and it pays as well to have grace.

2) The way in which you deliver bad news is a huge deal.

He was empathetic to our long wait. He admitted his shortcoming. He didn’t just tell us. He squatted down, maybe even kneeled, I don’t know (it wasn’t a glass table).  Squatting… kneeling… either way, his face was right down to the elevation of our faces.  Maybe even slightly lower. Actions are louder than words and this simple action alone screamed that he honored us, not just as patrons, but as people.

People on the receiving end of not-the-most-ideal news are more receptive when the deliverer looks you in the eye with empathy.

Imagine all those scenes in tear-jerker movies where the doctor delivers the the worst possible news to loved ones.  But you would never expect a doctor to deliver such fatal outcomes in a silly text message or even by tossing a paper airplane with the painful report into the waiting area, expecting family members to retrieve it open the folded paper aircraft to learn the tragic updates (sure, this is on the extreme end of examples). This wasn’t a scenario near that intense. But there’s still a right way and many wrong ways to deliver disappointing news.

And William nailed it.

He told his own manager.

An opponent could debate, “Doing this took whatever complaining power you had from you. Once you knew he had already told on himself, you couldn’t.”

But that’s not it.

Because he didn’t stop there.

He heftily discounted our order (which I’m sure he had to seek his authority’s approval to do so) but it also said, “We’re a team here. When I mess up, we mess up.”

Soon after the admittance, a young woman approached our table, introduced herself as the manager, gave us her apologies, and reassured us the staff was working on the fix (our food was finally being made). What’s all that add up to?

That told me William and the Management weren’t acting as independents—they were on the same team. The manager never said a single word that would throw William under the bus. It was obvious this team was on the same page.

Links to Other Articles that Help you Say “Sorry” the Right Way:

Bonus Lesson: Not a discount; A Solution.

William told us our order would be discounted—at the very same time the bad news was delivered. That’s important. If you’re ever needing to deliver not-so-great news, it’s crucial to not only be empathetic, but to share your solution. It definitely makes the medicine go down easier.

How fantastic of a day would it be if your staff came to you, not only to share with you the mistakes they made, but even 2 to 3 solutions to the problems for which they were responsible? What about your clients and patrons?

You and your staff are going to mess up somewhere along the way.

Imagine turning their frustration into delight. That’s how you do it: come, not just tattling on yourself, but with a big fat solution to your folly.

As painful as it is to suck up your pride and deliver a proper apology, not doing so—or doing so the millions of stupid ways—will very likely result in worse consequences.

When you consider how much is at stake, it’s critical to follow these proven steps to increase your odds of making the issue better for both parties involved.

It doesn’t have to be a win-lose: collect your thoughts, collect your possible solutions (consult and work it out with a team member or a management figure), rehearse it in your head and go present your apology to your patrons. Even before switching life paths and shifting into the marketing and PR realm, I always loved listening and helping dozens of friends and colleagues break down their own situations, getting a plan of attack together and giving them the encouragement to go tackle it—and when it was all said and done, they were always glad they faced it with sincere thought and some technique.

I’m positive Mr. William didn’t realize he was teaching all of us several lessons that night but here’s to him and the management at the local Longhorn: “Great work team. We’ll be back.”

Make advocates when you flip more follies into Win-Win's

other pages to check out

This is A Post’s Title